What’s a consider a DUI in Delaware?

Like in most states, in Delaware you’re considered driving under the influence if you were intoxicated by any type of drugs (legal, prescriptions, or illegal) or alcohol while driving any kind of vehicle. It’s a common misconception that DUIs only apply to those who were driving an automobile or motorcycle – and were only intoxicated by alcohol. If you’re currently taking any intoxicating prescription drugs (Rx), you should plan your daily travel carefully as to not be driving inebriated.

Delaware also makes it a point that DUI offense apply to those who operate mopeds and off-highway vehicles (off road) as well as any other type of vehicle.

And by operating any of these vehicles intoxicated, you’ve automatically given consent to a blood, chemical, breath or urine test (or a combination of those). If you’re found to be under the influence of drug or alcohol, you’re subject to criminal and administrative prosecution.

What if you’re a Delaware resident and convicted of a DUI in another state?

If that’s you, you’re Delaware drivers license can be revoked. You’ll obviously have to deal with each state individually, and you should expect the entire DUI process to take longer than it normally would if it only happened in one state (including getting back to operating a vehicle).

Before your D.U.I. court procedure, there will most likely be an administrative hearing. This hearing established three things:

Your driver’s license may be revoked if you given an unfavorable ruling. Here’s the breakdown depending on the number of DUI offenses you’ve accumulated:

Depending on your circumstances, you may enroll in the First Offender Program instead of going to trial. If you decide to go this route, you won’t get a judgement of guilt, but you will be put on probation. You may hear the acronym FOP being used when referring to this program. 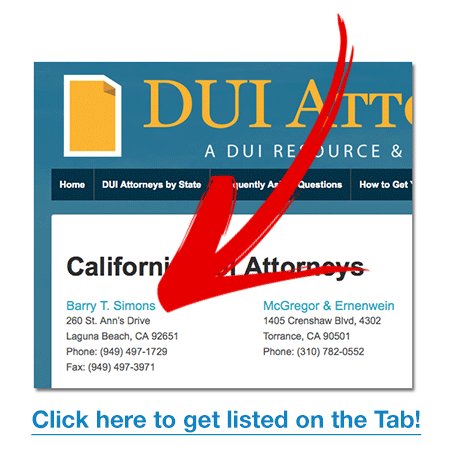