The main police station in Anaheim is a two story red brick building. It property is landscaped with various species of palm trees and grass. The station is directly across the street from the Iglesia Ni Cristo church (to the east). The station is named after Mark A. Stephenson who had the station built while he was Chief of Police in 1963. The city and the police force was growing so fast back then, a new facility was needed (briefings were commonly done outdoors due to lack of space).

The East Station is right off the 91 freeway at Weir Canyon (south of the freeway). It’s a three story glass and maroon tiled building. It shares the same space at the public library and community center. The police station is adjacent to a shopping center where you will find a Pep Boys, Carl’s Jr. and El Pollo Loco restaurant.

The city of Anaheim is located in North Orange County California, just south of Los Angeles County – but for all intensive purposes sits in the center of the Los Angeles Metropolitan area. The Anaheim Department was founded in 1870. That same year, the first town marshal was elected, David Davies. Davies road the dirt streets on horseback, policing the new blossoming community. 2020 was the 150th anniversary of Anaheim PD, which makes it one of the oldest police departments in California.

The main police station used to be located at City Hall, in downtown Anaheim, but with the explosive growth of the city (including Disneyland), the police department had to relocate and create two new stations starting in the 1960s.

Anaheim PD renewed its contract with Disneyland in 2014. Anaheim police outside the immediate border of Disneyland wear regular uniforms while police operating inside the resort wear plain clothes (similar to guest attire).

Anaheim Police operates a Hughes 500 helicopter for aerial support. The picture below shows the helicopter being flown at the Mojave Spaceport in Mojave, CA. 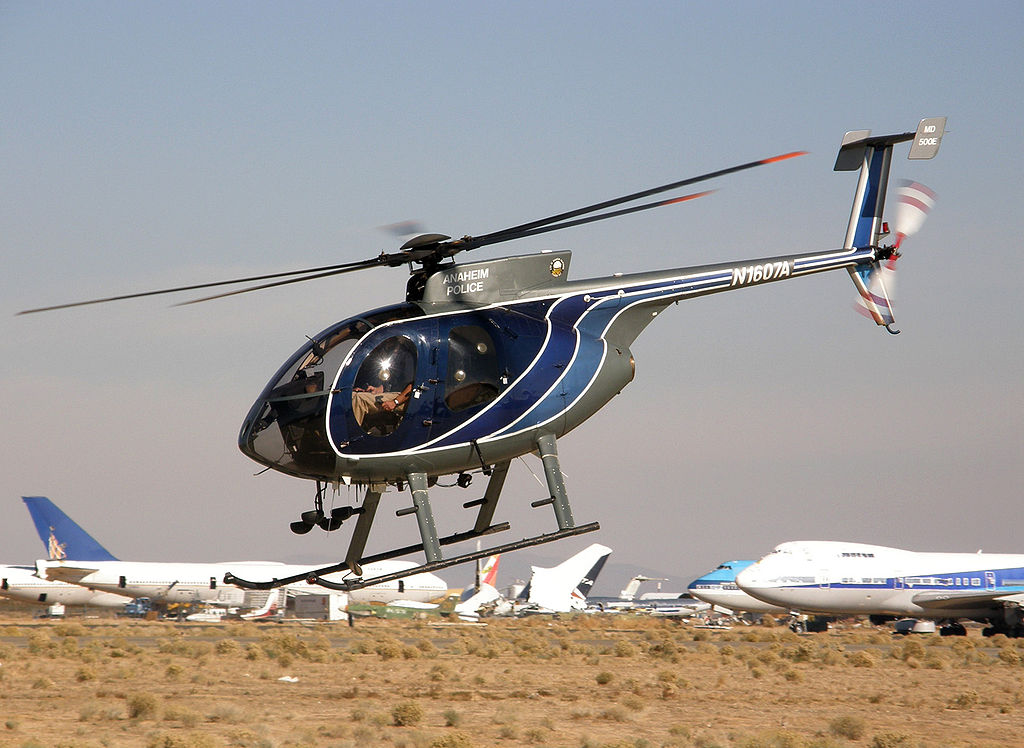 The Anaheim PD website has a helpful chat feature in the lower right-hand corner. You will see a virtual attendant saying, “Hello! If you need assistance using or accessing our services, please don’t hesitate to ask us for help.”

Car Seat Tip Of The Day

Try to keep your children’s car seats facing towards the rear of your vehicle (meaning your child or children will be looking towards the rear of the vehicle). According to Anaheim PD, this position is safer. Parents tend to think that after a child is over the age of 2, they need to turn the car seat around because their feet touch the back of the regular seat. This isn’t an issue and you should continue to keep the car seat facing in this direction.

This video has very practical advice that you wouldn’t expect a police department to give: