The Burbank Police Department is located in the center of Burbank, close to the Burbank Town Center shopping mall and the Golden State Fwy. You can find the entrance on the corner of N 3rd St and E Orange Grove Ave.

As you can see from the map, the Burbank PD is easy to reach no matter where in the city you are, especially if you plan to reach it by car. 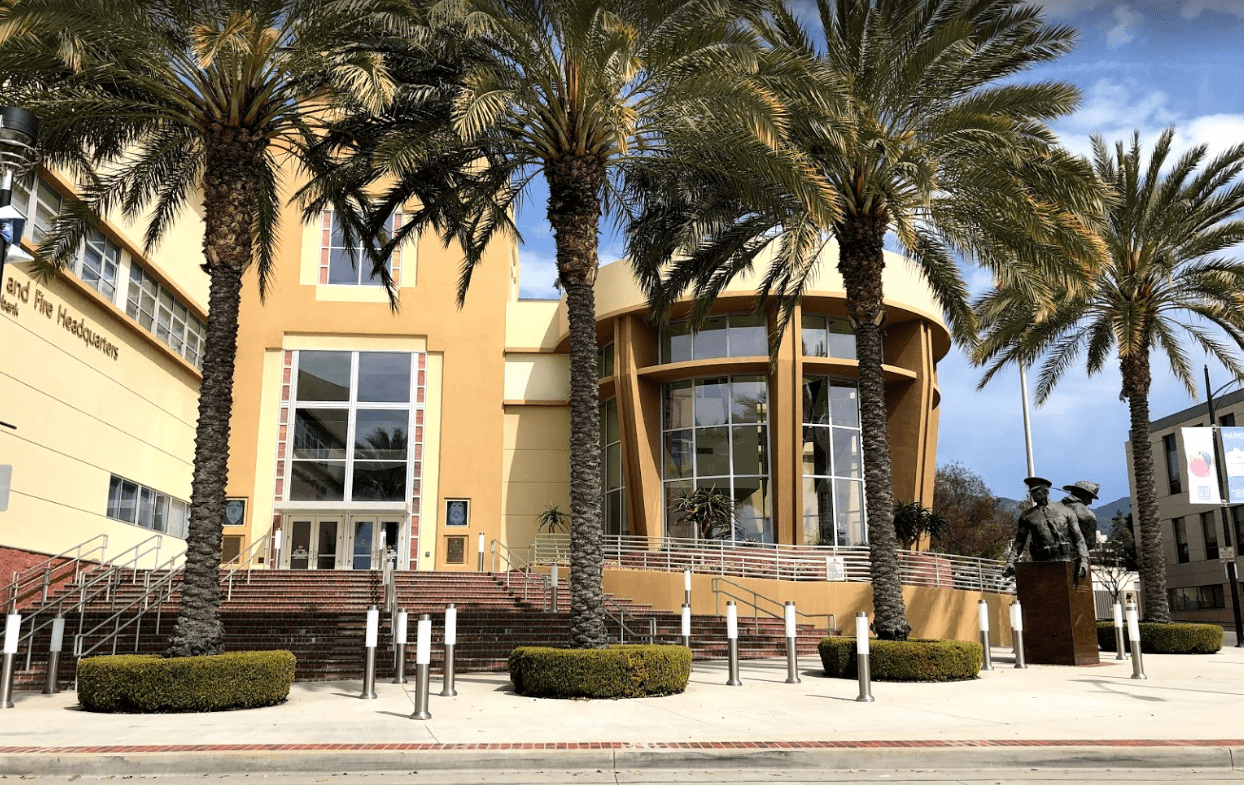 The entrance of the police department building is easily recognizable and right in front of the building.

If you find yourself near the entrance, you can go down both streets to find the parking lot. It surrounds the building and takes up most of the free space around the police department.

You can enter it from E Orange Grove Ave or Palm Ave, and finding a space to park should be easy.

Law enforcement in Burbank practically began in 1911, when the City Marshal’s office was created. It existed until 1927, which was the date when it became the Burbank Police Department we know today.

The early years of the PD were filled with tragedies. Marshal Luther Colson was shot and killed in the line of duty in 1914, and the same happened to Deputy City Marshal Robert L. Normand in 1920.

The department found a new home in 1961, on the corner of Olive and Third. This was when two officers died in separate traffic accidents and when the Burbank PD took traffic control very seriously. They do the same to this very day.

In the 70s and 80s, the department worked hard to provide police cadet programs, improve the vice/narcotics bureau, and so much more. Later on, the department expanded heavily to include around 150 officers and 80 civilian workers.

The design and construction of the building the PD is in today were completed in the late 90s, during Chief Newsham’s tenure.

Burbank PD continued to expand in the 21st century but suffered heavy losses when one officer was killed in a drug investigation. His name was Matt Pavelka, while Officer Greg Campbell was critically wounded. This was the first time the Burbank PD lost an officer in the line of duty since 1921.

Today, the Burbank Police Department has a budget for 160 police officers.

Scott LaChasse is the current Chief of Police.

The Burbank PD strives to provide the citizens with timely information on neighborhood crime. You can review crime reporting by visiting CrimeMapping.com. However, you can also follow the police department on Twitter, Facebook, and Instagram.

Pay or Contest a Parking Citation

You can visit the official site of the Burbank Police Department and pay or contest your parking citation. Convenience fees might be charged, and the processing usually takes up to five days.

You can submit a report if you are not reporting an emergency. But if you are, you should still call 911.

The Burbank PD has a few other online services as well:

If you want to apply for a job at Burbank Police Department, feel free to look for it on their website. Head over to burbankpd.org/careers/job-opportunities where all currently open positions are listed.